2022 People of the year awards 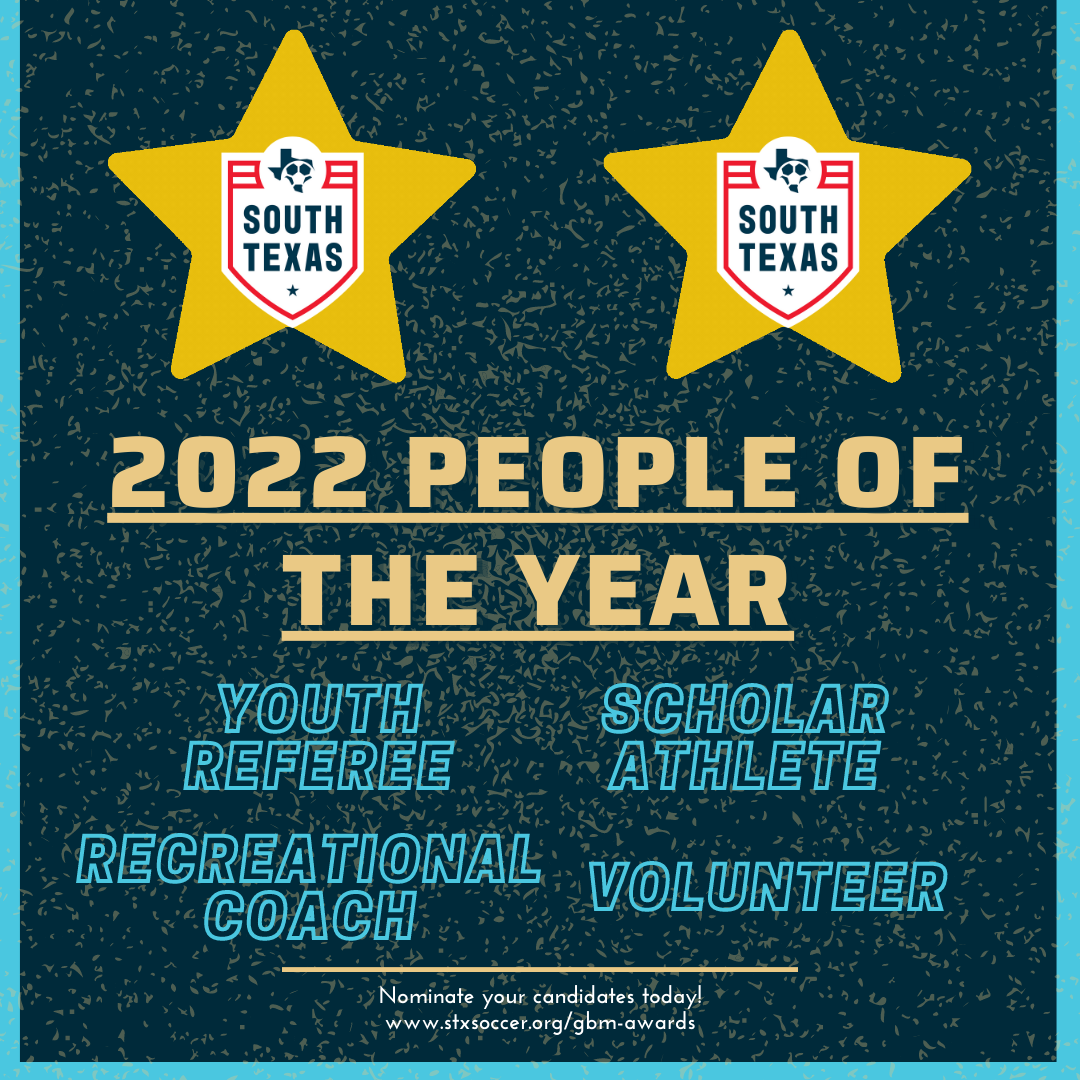 Recreational CoachES of the Year

Scholar-Athletes of the Year

Youth Referees of the Year

If you believe an individual is deserving of this honor, please provide a written nomination with supporting documents to the State Office, Attention: South Texas President, and include contact information (phone numbers, e-mail address) where you can be reached during the day. Candidates must have been primarily affiliated with South Texas Youth Soccer and evidence of that must be included with the nomination. Not all who are nominated will qualify to the high standards we measure these few.

Candidates may be nominated by any South Texas Member Association, Club, STSR, Hall of Fame member or a South Texas Executive Committee member in the following categories by meeting the listed criteria:

After they have served the youth a minimum of 10 years, in an administrative capacity, at a club, Member Association or higher level in South Texas.

After they have served the youth a minimum of 15 years in a coaching capacity, which should include a combined 10 years of South Texas state level coaching activities:

After they have represented South Texas as a player in more than one of the following:

After they have served the youth a minimum of 10 years, in a referee capacity, at the State, Regional or National level and/or served the referee community a minimum of 5 years in an administrative capacity as a member of STSR.

After they have contributed to the success of South Texas youth soccer for a minimum of 5 years through financial contributions, consulting services or partnerships to South Texas, Member Associations or Clubs.